The Deportation of Kovno

Young Falk has taken refuge in the Town of Molodetchno when news arrives that the Czar has ordered the deportation of all Jews from the Lithuanian front. The Jewish townsfolk witness the first convoys of railroad cars packed with deportees. They rush to the train station to bring food and water to the starving Jews, but are forced back at the train station by armed guards! Apparently, the local authorities have ordered that no food is to be allowed to these "enemies of the Fatherland".

After an late-night meeting in the town synagogue, the elders decide to risk bribing the government officials, so that they might relax the strict quarantine which had been imposed against the unfortunate Jewish deportees. Late at night, a small delegation makes its way to the home of the chief of police. From Chapter Thirty-Three: 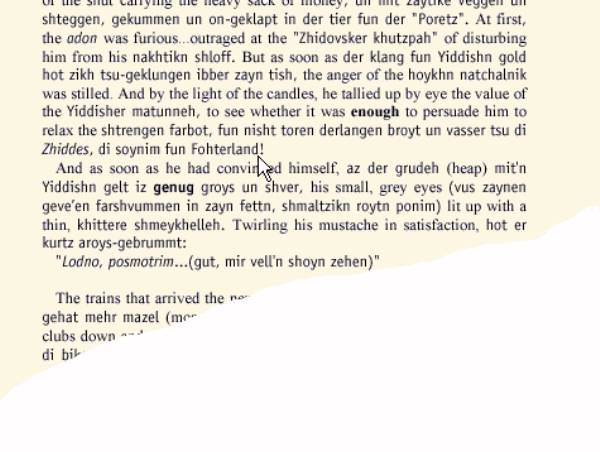