Falk has been in turmoil ever since he got the letter from his brother, urging him to open his eyes to the wider world outside the walls of the Yeshiva. On his way to his mid-day meal at the home of one of his rich "patronesses", he notices for the first time groups of students from the local Gymnasia, dressed in their smart uniforms, laughing and joking, boys and girls together without shame. He wishes he could be one of them....but suddenly, he thinks of his mother's hopes and dreams for him, and realizes what these young people represent: they are no less than agents of the devil, out to snare his innocent, God-fearing soul in their evil traps! From Chapter Twenty-One: 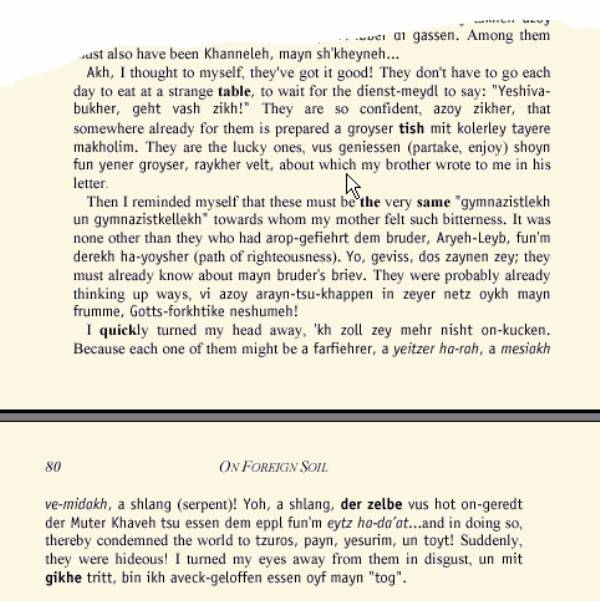