My Parents Discuss My Future

When the author was eleven years old, his mother approached his father with the suggestion that young Zolf be sent off to the yeshiva (Rabbinical college) in Brest. The city of Brisk, as the Jews called it, was a great center of traditional learning; however, it was also the location of a secular high school, or Gymnazia, which was notorious among the Jews for spawning freethinkers and socialists. These agents of Satan had already, a few years previously, led astray one of Zolf’s older brothers. From Chapter Thirteen of "On Foreign Soil": 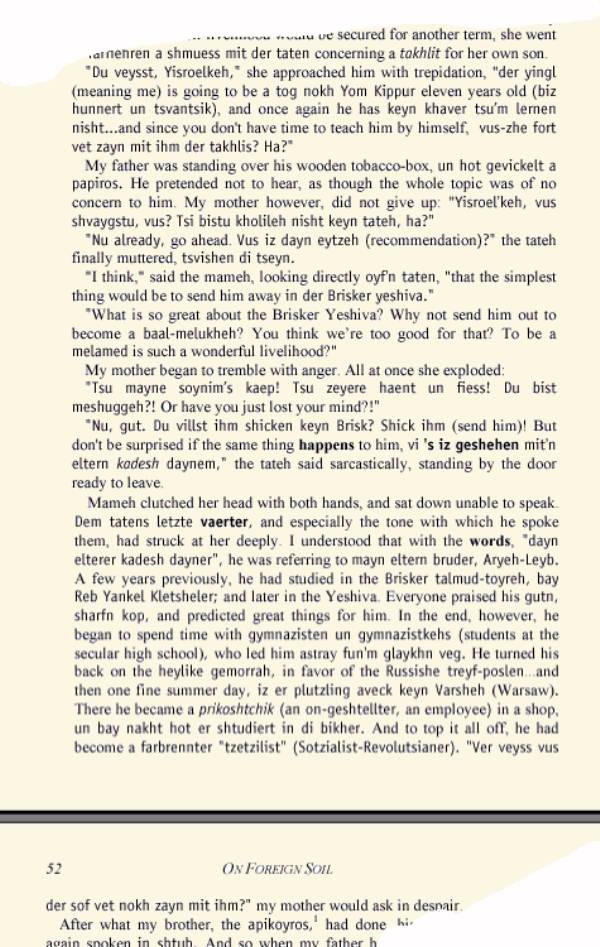